Like many firmware developers, I’ve been curious about the potential Rust can have in the embedded space. After reading James Munns’ great article, I decided to find a project I could use Rust for to learn.

We’re still in the early days of Rust on embedded. Given all the chipset SDKs provided in C, the dominance of K&R’s language is assured for years to come. I believe Rust will creep into projects in the form of libraries that get included into firmware.

One area I quickly honed in on is DSP programming. The current tooling and process in that area is very poor, and I suspected that Rust could help. I had asked the reddit r/embedded community what their favorite setup was like. The most upvoted answer surprised me: folks were using Matlab for development, then translating their algorithms to C code based on the ubiquitous CMSIS-DSP library.

In this post, I go over how Rust can be used to implement DSP algorithms for firmware today, and compare the process and performance to the equivalent code written with CMSIS-DSP.

Before anything, make sure you have installed Rust on your system. There are great instructions on the Rust website so I won’t repeat them here. You should have rustc and cargo executables on your path.

For the sake of this example, I’m using the nRF52832 microcontroller on a PCA10040 development board.

Our goal here isn’t to write a full firmware, but instead to write a library in Rust which can be called from our C firmware. This allows us to side-step the BSP and other pieces often provided in C by suppliers.

There are good instructions on how to do this online1, I’ve summarized them below.

First, we use the cargo package manager to create a new project. Cargo is the default for Rust packages, which are usually called “crates”. We can pass Cargo the --lib flag to specify that the project is a library.

Our project contains source code under src as well as a Cargo.toml file. This is the main project configuration file used by Cargo. We will need to modify this file slightly:

Now that that’s out of the way, we can start implementing our library.

Let’s start with a simple algorithm:

Given an array of 200 floating point numbers:

While this is a bit artificial, it relies on three operations (scale, offset, mean) which are used heavily in all of my DSP projects.

Here is a simple implementation of this algorithm using CMSIS-DSP and C:

As a C programmer, I was tempted to write the Rust code using an imperative style. Instead, I decided to leverage Rust’s syntax for functional programming, as it maps neatly to digital signal processing concepts. While this is beyond the scope of this article, I found that using a functional rather than itterative approach yielded a ~2x improvement in performance in this case.

We filled in src/lib.rs, the file cargo auto-generated for us. It creates a function dsp_process_rs which we will expose to our C code.

A few things to note:

Now that we have the Rust function written, we need to compile the crate.

This is where the Rust tooling really starts to shine. More than a package manager, Cargo is also a build system. To compile our library, all we need to do is call cargo build and specify the correct target architecture. Like most compilers, rustc will otherwise default to compiling a program for the host architecture.

You can see that Cargo has pulled all the dependencies, compiled them, compiled our program, and generated debug & program output. In the directory target/thumbv7em-none-eabihf/debug/, we can find our static library: libdsp_rs.a. Impressive!

Tip: To compile our code for the same target every time, we can create the file .cargo/config in the root directory and add the following lines:

We now have an archive ready to be added to our nRF52 test program. But how do we call functions implemented in Rust from C?

Since we have a single function, I wrote a header file by hand. The embedded Rust book1 has a better option for us:

There is a tool to automate this process, called cbindgen which analyses your Rust code and then generates headers for your C and C++ projects from it.

Below is our header file, easy right?

We can now call this function from C file as if it were another C API!

Below is a snippet of the main.c file we use to run both our C and Rust implementations.

Linking it all into a program

We have two steps to do before being able to link our C program with our Rust library.

First, we need to make sure that the path to the header file is specified in the Makefile.

We can now compile and flash our test program on the PCA10040 board and check if we did everything right. On first look, things are promising: both averages computed using Rust and C are the same. Let’s find out about performance…

How did Rust do?

In order to test performance, I added time tracking around the call to dsp_process_rs and dsp_process_c. Thus, we can measure the time spent in each function using the low frequency clock on the nRF52 (using the app_timer module). I also added a loop to run the test a hundred times to make sure the results can be repeated. Here is what it looks like:

Here are the results with the default build configuration, “unoptimized debug mode”:

So Rust is 25 times slower. That doesn’t bode well!

Here, the C project has been compiled using GCC’s -03 optimization level which turns on all optimizations for performance, no matter the code size or compilation time4.

As for Rust, we have been compiling in debug mode, which disables all optimizations. One simple improvement we can make is to simply build the library with the --release flag.

Do not forget to copy the resulting .a file over to your project, and to call (make clean) if there is no modification to the code because the Makefile won’t detect that the lib file has changed (at least the simple Makefile I’m using).

Let’s look at the results:

It’s getting really interesting. I now have a quicker program using Rust! 👏

Using the low frequency clock doesn’t yield accurate results regarding the actual efficiency of both implementation. In order to get more accurate results, we need a better timer. A good option on Cortex-M4 is to use the Cycle Count register5. Reading it before and after calling our function will tell us how many CPU cycles have been spent executing it.

The Rust function is about 1.8 times faster than the CMSIS-DSP implementation.

Firmware is often constrained by code size just as much as it is by performance. We must make sure that Rust performance does not come at an unreasonable code size cost.

The table below summarizes the results:

Far from being unreasonable, there is in fact no real code size tradeoff between C & Rust for our example. This is exciting!

As you probably know: Rust can be compiled for different architectures (x86, ARM, etc). And as people who have been trying to develop DSP algorithms on embedded targets know: it’s hard to test those algorithms on a massive amount of data, directly on the target. Some solutions include using QEMU with semihosting to fetch data from the host and pass it to the algorithms, or using Matlab to develop the algorithms and later generate C code.

Rust and Cargo make it trivially easy to run our algorithm in different environments. Our program can be developed on an x86 host, against large corpus of data and with good debugging tools, then be easily recompiled for our Cortex-M4 target. Let’s check this out.

Note on floating point portability: Despite IEEE standardization, you may find that different architectures produce different results for the same floating point calculations. There are interesting discussions on this topic online. Long story short, expect small variations in the results across platforms.

Having developed a processing crate that fits our needs, we can easily integrate that crate into another Rust project. For example, let’s create a simple Rust program we can run on our PC.

Modifying Cargo.toml to use our DSP crate:

We want the crate-type to be rlib. Unfortunately, while I’m writing those lines, there is no way to specify a crate type depending on target at the moment6, so let’s change it in Cargo.toml:

And making use of our crate in main.rs, for example:

The power of Rust programs used in a CLI7 environment, along with the ease to develop crates for different targets, is a strong advantage for Rust. Coupled with its standard library, Rust is able to talk to machines and fetch data from servers quite easily, to test your algorithm against a corpus hosted online.

While Algorithm designers today prefer Matlab or Python, I believe Rust strikes a great balance between expressivity and performance which may allow it to win in the end.

This starts with the syntax itself: Rust offers functional programming idioms, option types, powerful macros, and a powerful type system. This will be familiar to software engineers who may find C arcane and difficult to use.

Moreover, the tooling around Rust is fantastic. cargo is a solid build system and package manager and rustfmt helps format your code. By bundling these tools with the language, Rust has enabled a vibrant ecosystem to spring. Rather than reinvent the wheel, Rust programmers rely on third party libraries throughout their projects.

Many of the safety features implemented in the compiler make Rust a much more forgiving language than C. Rather than crashes, Rust developers are faced with verbose error messages emitted at compile time.

Last but not least, Rust is free and open-source! Between the low cost, expressive syntax, solid ecosystem, and the fact that it does not need to be translated to C, Rust is a real alternative to Matlab for algorithm development.

We have seen that Rust keeps its promises regarding efficiency and portability, making it a great choice to develop DSP algorithms. Getting rid of CMSIS-DSP in order to enjoy the productivity gains brought with Rust is an exciting prospect.

Have you built digital signal processing pipelines in Rust? I’d love to hear your experience in the comments! 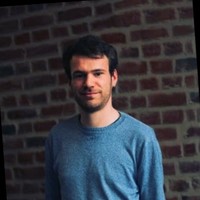