Despite these options, most developers working on bare metal systems have been using the same two languages as long as I can remember: Assembly and C.

But not for no reason! Languages often make trade-offs to fit the needs of the developers working with them: an interpreter to allow for rapid iteration, a heap for ease of memory management, exceptions for simplifying control flow, etc. These trade-offs usually come with a price: whether it is code size, RAM usage, low level control, power usage, latency, or determinism.

Since 2015, Rust has been redefining what it means to combine the best-in-class aspects of performance, correctness, and developer convenience into one language, without compromise. In this post, we’ll bootstrap a Rust environment on a Cortex-M microcontroller from scratch, and explain a few of the language concepts you might not have seen before.

As a compiled systems language (based on LLVM), it is also capable of reaching down to the lowest levels of embedded programming as well, without losing built-in features that feel more at home in higher level languages, like a package manager, helpful compile time diagnostics, correctness through powerful static analysis, or documentation tooling.

This post is meant as a complement to the original Zero to main() post on the Interrupt blog, and will elide some of the explanations of hardware level concepts. If you’re new to embedded development, or haven’t seen that post, go read it now!

As with the original post, most of the concepts and code presented in this series should work for all Cortex-M series MCUs, though these examples target the nRF52 processor by Nordic. This is a Cortex-M4F chip found on several affordable development boards.

Specifically, we are using:

Software wise, we will be using:

We’ll also be implementing a simple blinking LED application. The full Rust source used for this blog post is available here, on GitHub. This is what the source code looks like for our application:

Let’s build our Rust application, and see what the binary contains:

Reading this, our initial stack pointer is 0x20010000, and our start address pointer is 0x000000dd. Let’s see what symbol is there. We will also pass -C to objdump, which will demangle our symbols (we’ll explain demangling a bit more later):

Same as in the original post, our compiler has set the lowest bit of our reset handler to one to indicate a thumb2 function, so from_scratch::reset_handler is what we’re looking for.

The Cortex-M processor on our board doesn’t actually know the difference between C and Rust, so our responsibilities for starting the firmware are the same when we build a Rust program, we need to:

Let’s go through the code required to write this reset handler, one chunk at a time.

Starting at the top

The first line in many embedded applications and libraries in Rust will look like this:

This is called a “global attribute”, and it is stating that this Rust code will not be using the Rust Standard Library. Attributes in Rust are sometimes used similarly to #pragma in C, in that they can change certain behaviors of the compiler.

Rust provides a number of built-in library components, but the two main ones are:

While the Standard Library contains a number of useful components, such as data structures, and interfaces for opening files and sockets, it generally requires your target to have these things! For bare metal applications, we can instead forego this library and only use the Rust Core Library, which does not have these requirements.

Rust as a language has a concept of “modules”, which can be used to organize and provide namespaces for your code. Libraries or applications in Rust are called “Crates”, and each has its own namespace. This is why we saw the symbol from_scratch::reset_handler in our linker script: It was referring to the reset_handler function in the from_scratch crate (which is the application crate in this example).

To use items from another crate, including the core library, you can import these items in using the use syntax:

This imports the symbols into the current context so that they can be used. Most symbols in Rust are not available in a global namespace, which helps to avoid naming collisions.

However in some cases, it is important to have a globally defined symbol. As part of the ABI of the Cortex-M platform, we need to provide the address of the reset handler in a very specific location. Let’s look at how we do that in Rust:

Let’s unpack that from the bottom up:

This line defines a symbol called __RESET_VECTOR at static scope. The type of this symbol is fn() -> !, which is a pointer to a function that takes no arguments and that never returns, or that “diverges”. The value of this symbol is reset_handler, which is the name of a function in our program. Functions are a first class items in Rust (similar to Python), so we can use the names of functions as a value that represents a function pointer.

This is another attribute, like our #![no_std]. By starting with #[ instead of #![, we can tell this is a local attribute instead of a global attribute, which means it only applies to the next item, instead of the whole module.

The #[no_mangle] attribute tells the compiler not to mangle this symbol, so it will show up as __RESET_VECTOR, not from_scratch::__RESET_VECTOR. Name mangling is a technique used by languages like C++ and Rust to emit unique names for things like functions, generic data type parameters, or symbols for data at static scope, no matter where or how often they are used in the resulting binary.

This is another attribute that is informing the compiler to place this symbol in the .vector_table.reset_vector section of our linker script, which will place it right where we need it. This is similar to gcc’s __attribute__((section(...))).

The Reset Handler, for real

Now let’s look at our actual reset handler, from top to bottom:

Phew! That was a lot at once, especially if you aren’t familiar with Rust! Let’s break that down one chunk at a time to explain the concepts in a little more detail:

Defining a function in Rust

This defines a function that is public, named reset_handler, that takes no arguments (), and that never returns -> !.

In Rust, functions normally either don’t return a value like this:

The ! type, called the “Never type”, means that this function will never return, or diverges. Since our reset handler never will return (where would it go?) we can tell Rust this, which may allow it to make certain optimizations at compile time.

A little help from the linker

This section defines a number of static symbols which will be provided by our linker, namely the start and end of the sections that are important for our reset handler to know about. These symbols are defined in an extern "C" scope, which means two things:

Some of these symbols are also declared as mut, or “mutable”. By default in Rust, all variables are immutable, or read-only. To make a variable mutable in Rust, you must explicitly mark it as mut. This is the opposite of languages like C and C++, where variables are by default mutable, and must be marked with const to prevent them from being modified.

As a language, Rust makes some pretty strong guarantees around memory safety, correctness, and freedom from Undefined Behavior. However, when working directly with the hardware, which has no knowledge of Rust’s guarantees, it is necessary to work in Rust’s unsafe mode, which allows some additional behaviors, but requires the developer to uphold certain correctness guarantees manually.

Rust has two ways of referring to data by reference:

In most Rust code, we use references, which can be statically guaranteed for correctness and memory safety. However in this case, we are given the raw integers, which we want to treat as pointers.

In this code, we take a mutable reference to the __sbss and __ebss symbols provided by the linker, and convert these Rust references into raw pointers.

We then use these pointers to make volatile writes of zero across the range, one 32-bit word at a time.

This section zeros our entire .bss section, as defined by the linker.

Finally, at the end of our reset handler, we get to call main!

Since the main function we defined above is also divergent (fn main() -> !), we can simply call the function. If we had called a non-divergent function, we would get a compile error here!

Something just for Rust

Rust does have one additional requirement for a bare metal program: You must define the panic handler.

Rust has a concept of a panic, which is like failing an assert in C. This happens when the program has hit an unrecoverable error case, and must be stopped in some way.

Unlike Exceptions in C++, panics are usually not designed to be recovered from gracefully, and therefore do not require the overhead necessary to unwind.

Still, we must define a “panic handler” in case our program ever panics. For this example, we go into an endless loop, though you could choose to do something different, like logging the error to flash, or soft-rebooting the system immediately.

Earlier I mentioned that Rust brings convenience without compromise. To demonstrate this, let’s take a quick look at the size and total contents of our code once we compile for opt-level = "s", which is equivalent to -Os in C or C++:

Although we spent this post talking about how to write support for scratch in Rust, we almost never need to actually do this in practice!

Instead we can leverage Cargo, the package manager and build system for Rust, to use existing libraries that support Cortex-M and Nordic components, a board support crate that handles configuration for our specific development board, and provide a panic handler.

These libraries include an initialization runtime with pre-init hooks, a template linker script that can be modified and extended, access to common Cortex-M components like the NVIC, and more, without having to copy and paste boilerplate reference code into our project.

Now we instead end up with a program that looks like this:

All of the code used in this blog post is available on GitHub. If you’re looking for information on how to get started with embedded Rust, check out the Embedded Working Group’s bookshelf for documentation on how to install Rust, connect to your device, and build and run your first application. 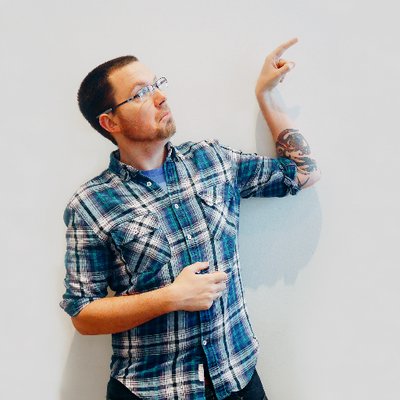 James Munns has worked on embedded systems from Safety Critical Avionics to rapidly prototyped IoT solutions. He is a Founder and Managing Director of Ferrous Systems.