When writing firmware for embedded systems, the firmware is usually meant to run on many identical devices. These devices often have their own serial number, public and private keys, or some other unique parameters. These parameters need to be provisioned per device, either by generating unique firmware binaries or by writing the values to the device’s persistent storage, like external flash or the EEPROM.

During the firmware development phase, most of us start out by hardcoding these parameters and recompiling the code every time a new device needs to be programmed. While this is fine during the early development stages, it doesn’t scale as the number of devices grows.

In this post, we take a look at a method for separating unique parameters such as keys and IDs from firmware. This enables us to program these parameters separately from the firmware, making our setup much more scalable and suitable for use in production.

Before we get started let’s write down our requirements and describe our setup.

Our goal is simple:

This blog post was written using a SAMR35-based LoRaWAN node.

LoRaWAN relies on a few device parameters that have to be unique:

The LoRa nodes for this example are connected to The Things Network (a.k.a. “TTN”), which has a CLI that we can use to get the parameters and register new devices.

All of our firmware is written in C and compiled with GCC. We use J-Link Commander for programming, and a Makefile with some bash scripts for automation.

The first thing we have to do is to look for hardcoded identifiers and remove them from our firmware. For example, it is common to declare a device ID as a C-array:

Instead, let’s allocate some storage for those identifiers and point our firmware to it.

You can choose to put unique parameters in any non-volatile storage available on the device. If you’re lucky enough to have memory-mapped flash available on your MCU, this is often the simplest place to use.

In this case, we have plenty of flash so we will allocate some addresses towards the end of our flash and use them to store our identifiers:

You may also create a section in your linker script to achieve the same result.

A Note on Security In this post, we store encryption keys in standard flash memory. Whether or not this is a good idea depends on your application. Although most MCUs allow you to enable readback protection, these mechanisms have been defeated for a number of popular devices 1 2. Secure key storage can instead be done using secure elements like the ATECC608A3, or special purpose registers if your device includes them. More advanced security considerations are a topic for another post.

With that done, we need to generate a file that contains our unique parameters. We need that file to contain the data as well as the address at which it should be written.

One option would be to create C files containing the parameters before compiling them to binaries that can be flashed to the correct addresses. Instead, we settled on creating IHEX files since they exactly meet our requirements, are simple to generate and come with lots of great tooling.

Hex files consist of lines of hexadecimal data, called records, that specify both an address and the data to write at this address. The Wikipedia entry on the Intel HEX format explains the file format quite clearly.

Based on this we can create a Python script that generates our HEX files with the given parameters at the desired addresses. The Python code below does just that:

Now that we have a file format and a script to generate it, let’s create some provisioning files!

Since we are registering our devices with TTN, we will use the TTN CLI (ttnctl)4 to register a new device in our selected TTN application and return the parameters that we want. This is done by calling ttnctl devices register [node_name] where node_name is a unique string we use to identify that node, oftentimes this is simply the serial number of the device.

While the generation of the files and the registration of new devices could be done just in time when programming new devices, I believe it is better to generate a bunch of files ahead of time. This makes the production setup more robust since it would not depend on some external service which may not be reachable from the factory floor.

To keep things organized, we will store all of our generated artifacts in folders based on the node name and keep track of which are used and which are free. The free parameters are stored in keys/free/<node_name> and used parameters in keys/used/<node_name>.

In addition to the hex file, we also generate a human-readable file containing the unique parameters and store it in the same folder. It might come in handy!

The shell script below registers a device, generates a human-readable file, and finally calls the Python script to generate a corresponding HEX file. There is a lot of sed commands here to get hold of the parameters we need, but the general idea is what’s important.

Here is an example of the resulting human-readable file (keys/free/node_id/node_id.key), generated by the script:

The content of the corresponding HEX file keys/free/node_id/node_id.hex is below. Although the same data is somewhat readable, you hopefully agree that it was a good idea to also generate the more easily readable version of the file.

The shell script in this section lets TTN come up with a DevEUI for simplicity. Check out this link to see why you should not do that in production.

Loading hex files is supported by most loaders and debuggers. I chose to use JLink’s excellent tools5, but could just as well have used vendor toolchains such as nrfjprog from Nordic or Simplicity Commander from Silicon Labs.

The JLink command to load a hex file is loadfile [path].hex\nr\nq.

Rather than invoke JLink Commander directly, I tend to use a phony Make target to flash my devices, but if you prefer to use something else that should be easily achievable. We want our Make target to flash the firmware and the unique parameters of our device, as well as moving a newly used set of parameters to the “used” folder.

The Make target generates a J-Link Commander script that loads the firmware and the keys of a specified device, then the target executes the script, and moves the keys to the “used” folder if this is the first time they have been used.

The Makefile I used can be found below.

Flashing a new device can now be done by running:

Sharing Keys Across a Team

We have created a relatively tidy folder structure, but if these files are stored locally on a single developer’s machine or checked into a git repository, you will still have a mess on your hands!

The solution to this problem is simply to use a cloud-storage synced folder for storing the keys (Dropbox, Drive, Onedrive, etc). This will also give you a safe backup of these important files, and an easy way to share them across a team.

If you are sharing sensitive keys, such as private keys used for secure connections to a cloud provider, it would also be advised to encrypt these files and folders at rest using a passphrase or to use a secret key management service such as Hashicorp Vault.

I hope this post has convinced you that it isn’t too hard to move away from hardcoded identifiers. As always, there are many ways to achieve the same thing, the method described here has been my preferred method after trying a lot of different solutions with varying success. Feel free to comment or contact me if you have any ideas related to this that you would like to share! 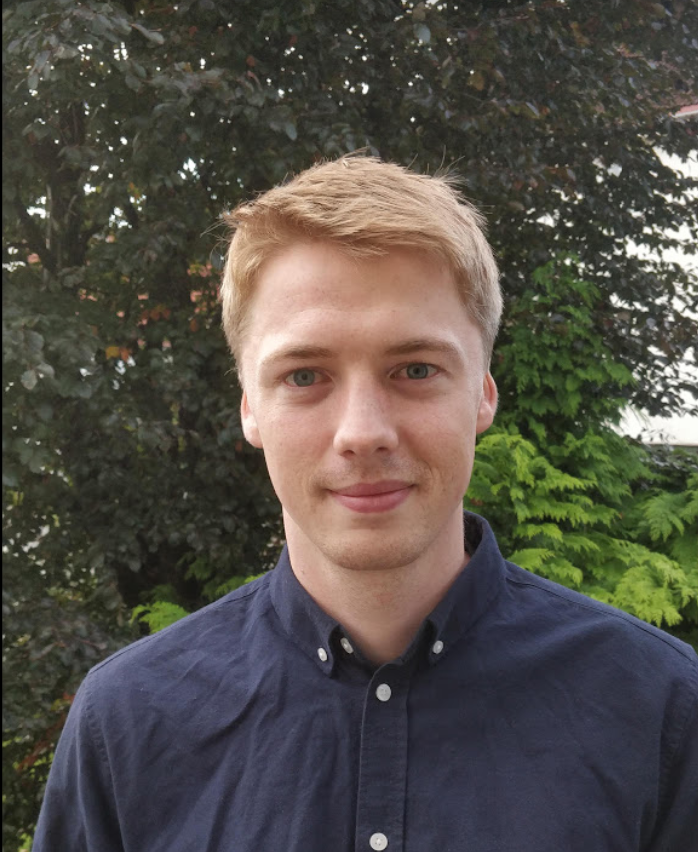 Amund Askeland is a hardware and software enthusiast currently working on a PhD in embedded security.