Beyond Firmware in the 2020s

Editor’s note: We’re starting off February with a think piece from Rameen Aryanpur. This strikes a different tone from our standard fare (usually technical how to’s and tutorials), but we hope you will enjoy it just as well. We are always looking for new submissions, so don’t hesitate to get in touch if you would like to contribute!

With the turn of the decade, there are many next-decade prediction pieces floating around. For embedded systems, the decade turnover could not be better timed. The capabilities of embedded systems and the tools we use to deploy, manage, and debug them have come a long way in the last ten years. The vast majority of this progress, however, has come in hardware rather than software. So, color me a prospective prophet. In the next decade: the capabilities of software for embedded systems will catch up to those of hardware, “firmware” will become increasingly difficult to distinguish from “software”, and a new discipline altogether will begin to take shape.

The rapid increase in capability of embedded hardware in the 2010s was primarily due to ARM and chip vendors’ investment in the Cortex-M and Cortex-A families of devices. Thanks to that investment, it is a stretch today to refer to mid to high-end SoCs as microcontrollers. With expandability to megabytes of flash and RAM and hundreds of megahertz of processing speed1, as well as L1 and L2 caches, pipelined architectures, and ever-expanding (and now customizable) ISAs, mid to high-end “microcontrollers” at the dawn of the 2020s look a lot more like Pentium II processors of the 1990s than PIC32 microcontrollers of the 2000s/2010s. The trend is clear, and shows no sign of slowing down: our MCUs are catching up to CPUs. Consider the amount of RAM available in top-of-the-line STM32 chips over the past few years:

Having Pentium II-like machines with single and double precision floating point coprocessors has unlocked large performance gains for general purpose signal processing, hard real time, and safety critical applications. But it has also opened greenfield opportunities for general purpose applications ill-served by microprocessors (for example because of hardware/software complexity) and traditional microcontrollers. The early signs are here: from Google’s release of their popular TensorFlow framework for machine learning on MCUs2, to new microcontrollers with extensive image processing & computer vision capability3. Larger companies know this, and they are competing to get a foothold into the embedded space to stitch together the software ecosystem of tomorrow. Amazon purchased FreeRTOS, Microsoft purchased ExpressLogic, while Google built Little Kernel.

So, what can we expect? First, firmware development will increasingly look like software development. Agile and iterative approaches will be applied to great results. As the complexity increases, the need for tooling will become increasingly clear. While vendor IDEs, print statements, and JTAG got us this far, the 2020s will be the era of Continuous Integration, live monitoring, data pipelines, experimentation frameworks, open source. Stated more simply: firmware as a discipline will embrace devops techniques and tools already in use in the Cloud and Mobile application worlds. This is what I like to call “Beyond Firmware”.

Various areas of computing in decades past have undergone similar transformations with profound implications. Broadly-available, affordable server multi-tenancy in the 2000s was catalyzed in part by hardware advancements in virtualization and the development of software to manage and leverage those advancements at scale. This combination of hardware and software enabled the application of existing and new mental models and other modes of reasoning about massively scalable, multi-tenant distributed systems, which in turn contributed to the rise of Cloud computing in the 2010s. Beyond firmware will follow its own path, driven at its source by the momentum of traditional embedded and shaped along the way by the surrounding landscape of technology development and broader market forces.

The manifestation of technology in the world of beyond firmware will be one of the most exciting disruptions to unfold this decade. The irony of course is that like most truly disruptive technology it will largely fly under the radar, but second-order effects like business successes will be numerous and broadly publicized. Take a look beneath the surface of a press release or white paper, however, and you will see an emergent discipline coming to life, one that will fundamentally redefine the technical conversation around embedded systems and in the process disrupt industries ripe for disruption. 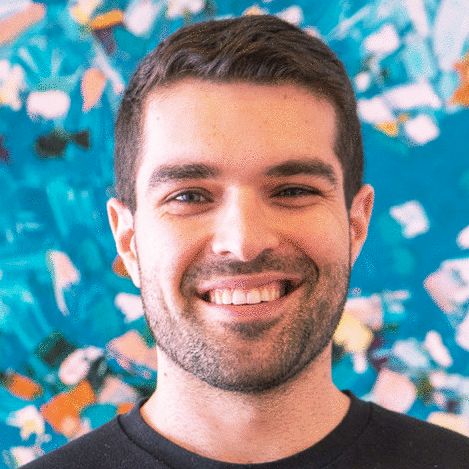 Rameen Aryanpur leads the engineering team at Andium. He previously worked as a software engineer in robotics and distributed systems at Boston Engineering, and was co-founder and CTO of a connected device startup.